Wow, Jaden is FIVE!!! The time has flown by! He had a wonderful birthday yesterday. After church Sunday, we went to Walmart and Jaden got the new Laurie Berkner Band Cd. Both of the kids love it! We listened to the cd on the way to Kings Island yesterday and on the way home. I think we have all of the words memorized now!
Yesterday, we left the house for Kings Island at 8:30. The kids got some donuts from Meijer and we headed out. 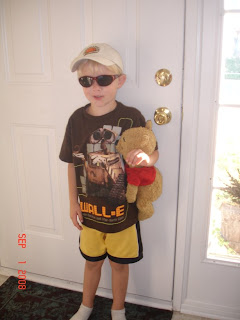 They handled the ride well. It really didn't seem like a two hour drive! Amazing! Jaden was so excited when we got there, but first I had to wipe the donut mess off of him! 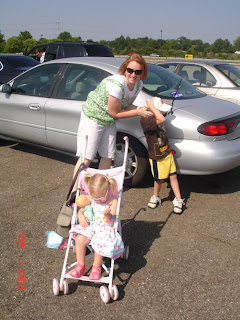 We had to pick up our tickets at the Will Call desk and Jaden proceeded to tell everyone we can in contact with it was his birthday! Even Scooby Doo, which gave him a huge hug! 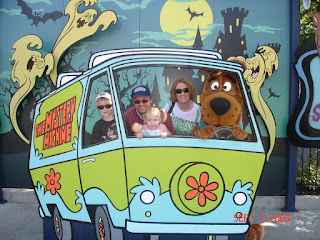 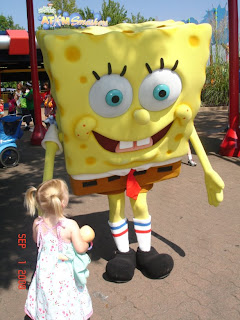 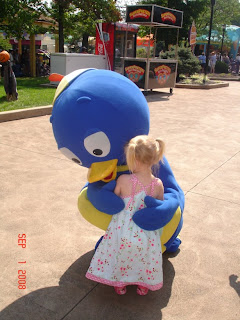 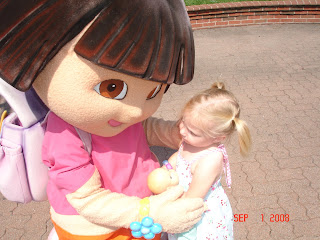 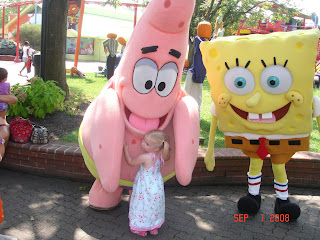 She was so excited about seeing her favorite characters. Jaden will not get close to them, but Cassidy couldn't get enough!
Then, we had my favorite, ICE CREAM! 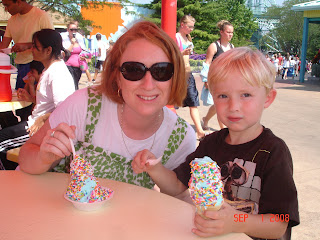 We rode some rides:
This one was by far the kids' favorite: 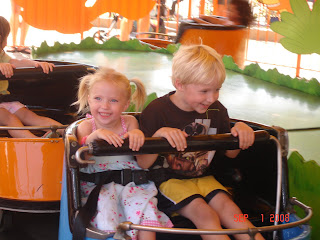 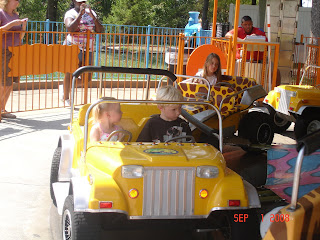 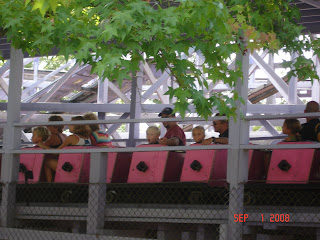 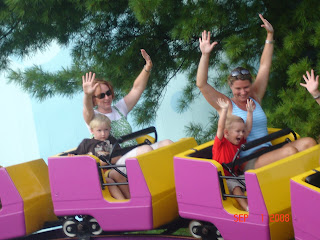 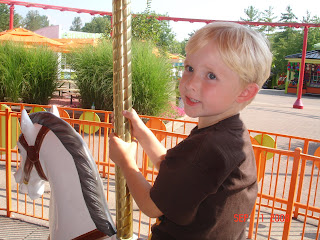 They had fun in the water, played some games, and rode on a train. 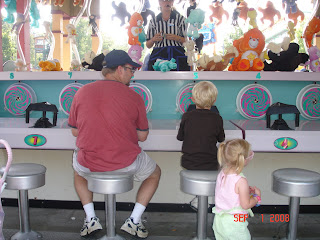 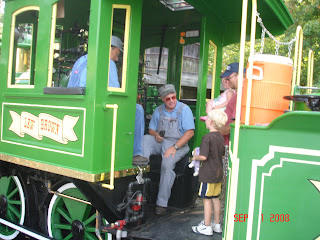 And, after it all we went to Pizza Tower and had some pizza. The kids got some pizza dough to play with and even some ice cream afterward. They were tired. But, they stayed awake almost the whole way home! And, to top it all off, Cassidy stayed dry in her underwear and used the potty twice all day! That called for a nice surprise. We stopped at Toys R us and got them a special toy for being so good. Jaden picked up a few more Ben 10 figurines and Cassidy got an Ariel Barbie. 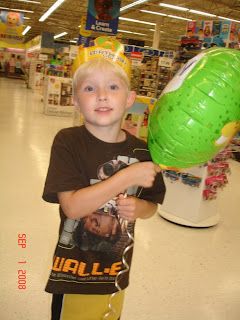 What a day! Being home feels so good. 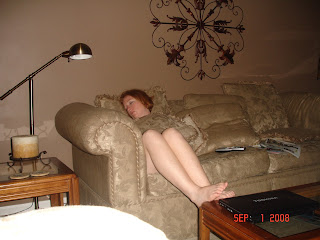 that ice cream looked good! what a fun day!