Spending time out of the house

Lately, the kids have been arguing more than ever. They like to scream over each other and they fight over toys. I knew this would happen, but wow, is it tiring for me. At first, I thought we would stay home to avoid crowds during this time. But, that is just driving me nuts, so we have been going out!
Monday, I took the kids to the Greenwood Mall and we had a blast. Cassidy used the potty 3 times (I think she just likes to try out potties!), no one argued, I got to window shop! We had a good time. They also have a nice play area. We spent all day in Greenwood. 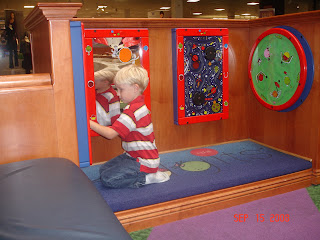 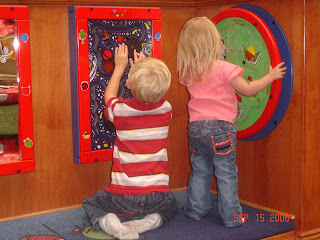 Tuesday, I decided to head North. That is why I love where we live now. Only 15 minutes each way and there are major shopping areas. We went to Castleton. I decided to make it a "thrifty" day. We stopped at the Dollar Tree and two different Goodwill's. The kids got vanilla Frosties and then, we headed to Aldi's. It was a fun day. Although, the kids did whine a bit.
Today, the kids got to play at the local gymnastics facility. They love it there. We met some other kids and I stood around talking to another mom for awhile. On our way home, they said they were tired! What???? Did I really hear them right? I can't believe it. So, now, Cassidy is napping and Jaden is laying on the couch. We just finished school and now it is ME time. I will probably use it to clean the house. :(