Well, at least a little bit of it! When Jaden was finished with school yesterday, I bundled the kids up and we headed outside! We had so much fun. The snow seemed a little dry, so it was hard to make a snowman. But, with Daddy's help, it worked! 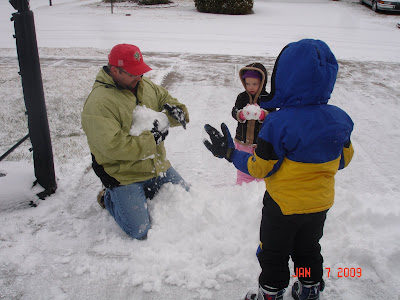 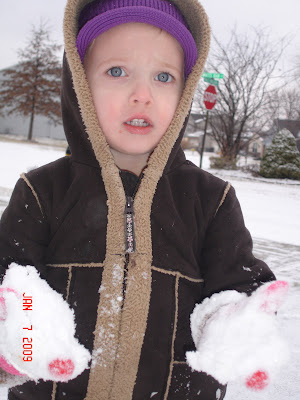 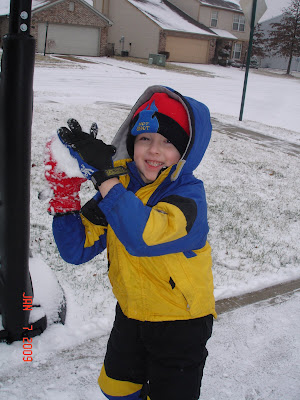 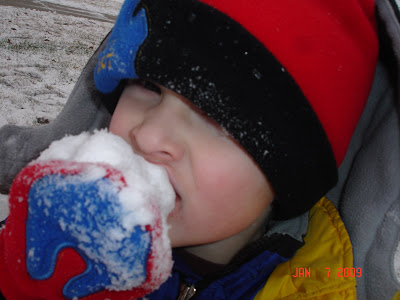 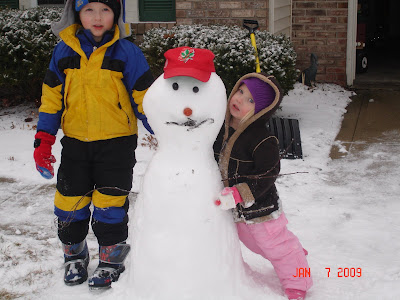 Afterward, I made some ice cream with the snow. I just mixed some snow with whipping cream, sugar, and vanilla. Jaden loved it! Cassidy, not so much. 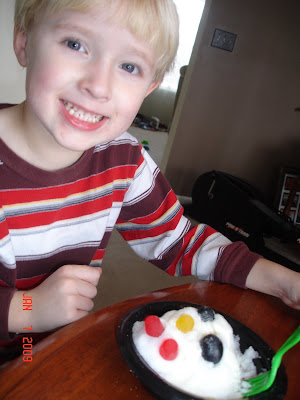 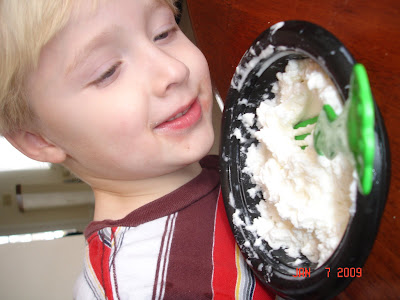 We were so cold after all of the fun, so Jeff made a fire in the fireplace. That seemed to warm things up a bit. We watched Horton Hears a Who while munching on some tortilla chips and popcorn. I even found time to make some cinnamon rolls. I have been making several things with yeast lately. (There was a sale at Kroger and I had some coupons!) So far, I have made focaccia bread, yeast donuts, and cinnamon rolls. Who knows what I will make next!

I found time to make another banner for our fireplace. After putting it up, I have decided that I might make two hearts on each side. It isn't as big as I would like. 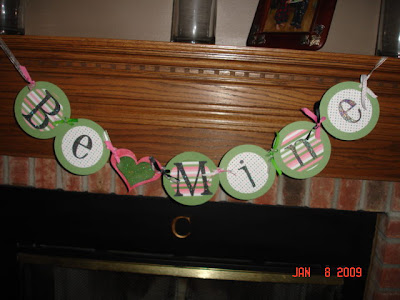 Today, I hope to get more cleaning done and maybe some card making. I have been trying to get our office clean again. There was Christmas stuff everywhere! Have a great Thursday everyone! So, I added two more hearts and I like it much better now! 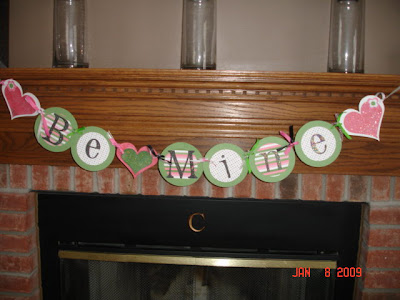 oh, those extra hearts are great!