For several months, our daughter has been telling us she wants a fluffy white dog named Stella. She got this name when I was hoping to get a female chihuahua and said I would name her Stella. Since then, she has liked that name! We didn't think we would be getting another dog for a long time. But, this just happened to be meant to be! I noticed a Bichon for sale on one of the dog sites. Yes, I check this all of the time, even when we are not looking for a dog! I guess that is just another way I waste my time! I saw "Lola" and she just looked so darn cute! I called and found out she was just a few miles from here and came from a rescue center. Lola was officially bought at a pet store and the people realized they could not travel overseas with her, so they got rid of her. How sad! She is only 9 months old! So, we went to meet her and fell in love! Especially Jaden. He prayed all weekend that we would get her. On Sunday, it was official. The lady ended up dropping her off at our house that evening! And, get this, the owner of the rescue center's name is Stella! Amazing!
Cassidy has ended up naming "Lola" Stella! She is doing great and Nacho even loves her! I can't wait for many more years with both of our new kids! 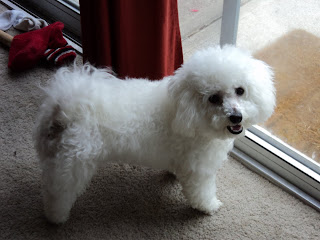 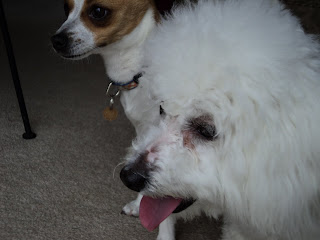 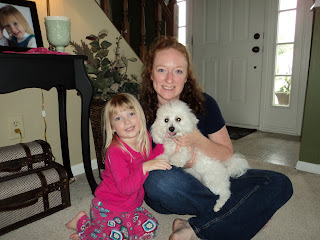 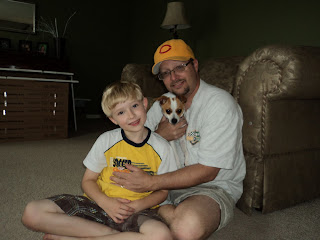 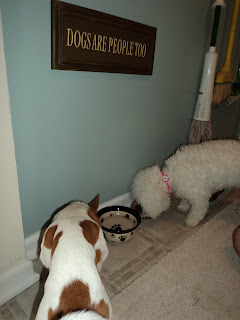 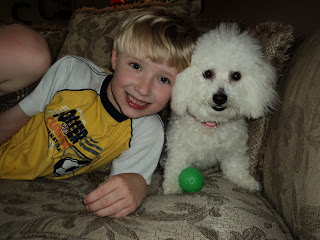 She loves to bark at the ducks! 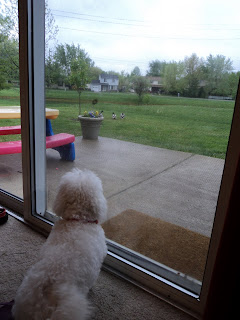 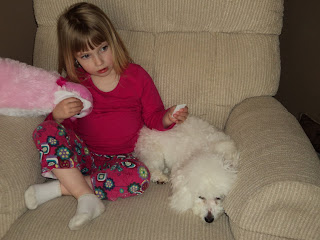 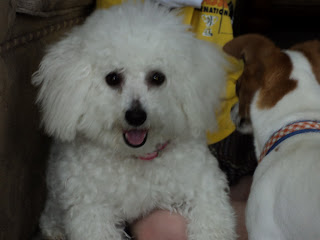