So, this morning when I saw snow on the ground, I was excited for Cassidy to get outside and play in it! She is pretty much over her cold, but Jaden is still coughing a lot. We told him he could play for a little while also. So, I bundled them all up: 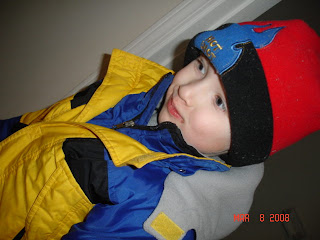 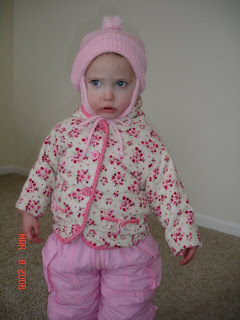 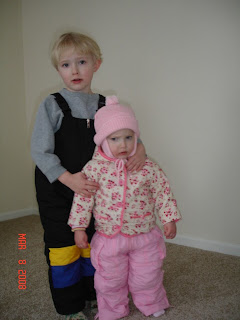 Of course, Cassidy gave us her evil look several times. She was just not liking being all bundled up! She didn't cry, just gave dirty looks. It was hilarious. So, out they headed, well, without Cassidy. She decided after getting her gloves on, she didn't want to go out. Finally, she decided to. And this is where she stood the entire time: 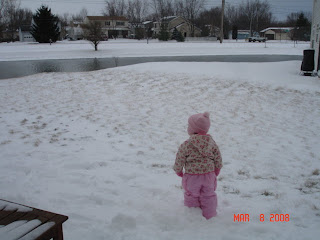 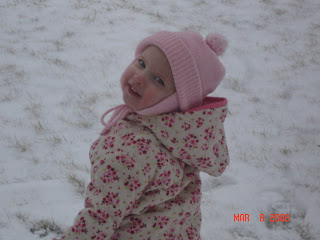 Jeff tried to get her to play in the snow, but oooohhhh she didn't want anything to do with it! 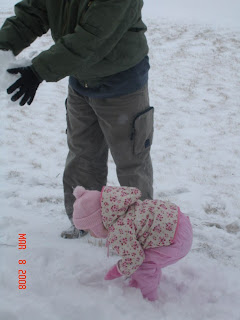 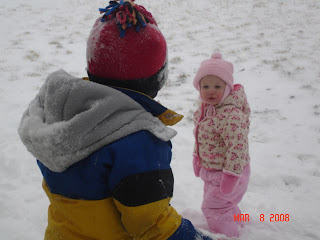 Jaden started coughing, Cassidy took one step and then, they were done! 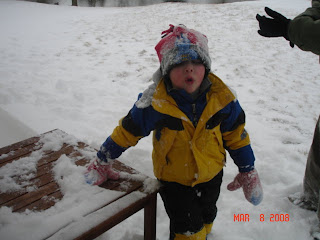 I don't know if this will be the last snow of the year, but I am hoping it is not. Don't get me wrong, I am ready for warm weather and flowers, but I want Jaden to have another chance before next year!!!!

That angry face is priceless!! I just love it;)